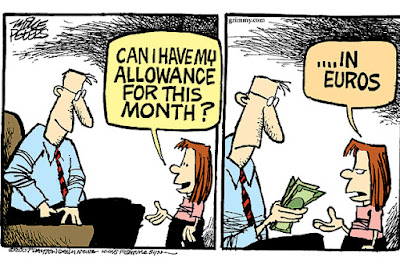 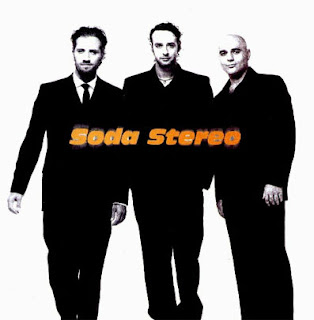 The surviving members of LED ZEPPELIN have confirmed they will reform for a special show at London's 22,000-capacity O2 arena on Monday, November 26 as part of a tribute to Atlantic Records co-founder Ahmet Ertegun, who died last December.

Tickets cost £125 each (approximately $254) and will be allocated on a lottery basis through the AhmetTribute.com web site. Names will be chosen at random. There will be seating and standing tickets and fans will be able to express a preference at the web site.

Due to expected unprecedented demand, tickets will be limited to two per successful applicants per household.

Tickets will not be available from any other source. Please do not take adverts or publicise any company who claims to have tickets. They will not be given any.

Profits will benefit the Ahmet Ertegun Education Fund, which provides scholarships to universities in the United States, United Kingdom and Ertegun's homeland, Turkey.

Robert Plant said in a statement: "During the ZEPPELIN years, Ahmet Ertegun was a major foundation of solidarity and accord. For us he WAS Atlantic Records and remained a close friend and conspirator — this performance stands alone as our tribute to the work and the life of our long-standing friend."

Mica Ertegun, Ahmet's wife and president of The Ahmet Ertegun Education Fund, commented: "Ahmet attributed his success to his excellent education, and his ability to recognize innovative artists that touched us all. It was his wish to endow music and liberal Arts scholarships that would enable gifted children to reach their highest creative potential. The Ahmet Ertegun Education Fund was founded with that goal. He would be very proud that LED ZEPPELIN have chosen to reunite and headline a benefit concert in his name featuring so many of his friends. I would like to thank all of the artists for their generous contribution to help make Ahmet's vision a reality."

Mick Jones of FOREIGNER stated: "Ahmet's combination of charm, humour, irreverence and above all his great passion for music made getting to know him one of the brightest highlights of my life."

Paolo Nutini: "Meeting Ahmet Ertegun in New York two years ago was a complete honor. He touched my life with his amazing personality and opened a few doors when I was starting my career. He even invited me to sing with Ben E King and Robert Plant at Montreux last year as part of a celebration of his musical life. He was a special guy, a real gentleman and it's such a shame he's gone but a massive tribute that all his music lives on — and will do forever. God bless Ahmet."

ZEPPELIN reformed for Live Aid in 1985 with Phil Collins on drums. Page and Plant have played together sporadically since then. A further — brief — reformation occurred at Atlantic Records' 40th anniversary bash in New York in 1988 with Jason Bonham on drums.

Three weeks prior to ZEP's O2 show, Jimmy Page will be honoured as the Living Legend at the Classic Rock Roll Of Honour, Classic Rock magazine’s third annual award show. This year the awards will take place on Monday, November 5 at London’s prestigious Landmark Hotel.

Commented Goldsmith: "Ahmet introduced me to America when I first started promoting. He became a friend and was my mentor. Our industry deeply misses such a giant of music. It is a fitting tribute that these great artists have all come together to perform in his memory. The proceeds of the evening will go to The Ahmet Ertegun Education Fund for student scholarships. One of these scholarships will be for a music student in the UK each year."

Bill Curbishley of Trinifold management added: "To have had Ahmet regard me as one of his close friends over the past 40 years was indeed a rare privilege. To be involved in setting up this event, plus a music trust in his name and in his spirit is also a great honour and privilege for me."

Watch a Sky News report on the LED ZEPPELIN reunion (aired earlier today before the reunion was officially announced):

IRON MAIDEN To Headline Metal Day At ROCK IN RIO In Madrid And Lisbon - Sep. 6, 2007

According to a posting on the IRON MAIDEN fan site MaidenFans.com, MAIDEN will headline the "metal day" at the Rock In Rio festival in Madrid and Lisbon as part of its recently announced "Somewhere Back in Time Tour 2008". Apparently those are the only shows the band will play in Spain and Portugal.

In other news, it has reportedly been announced that IRON MAIDEN will play a mega-concert at the Universitario de Caracas stadium in Caracas, Venezuela as part of its 2008 world tour.

IRON MAIDEN's Somewhere Back In Time World Tour 2008 will be in three sections, starting in February and March 2008 with the first leg encompassing major concerts in 20 selected cities on five continents in seven weeks including India, Japan, North America, Central and South America, and Australia, opening in Perth on February 4 and continuing through Melbourne, Sydney and Brisbane. The tour then continues with more concerts in North America in late May and June before finishing with a third leg in July and August encompassing major stadiums and festivals all over Europe. During the tour the band is expected to play to well over one and a half million fans and travel close to 100,000 miles.

In an historic first, IRON MAIDEN, their 60-strong crew and support staff and over 12 tons of equipment will be traveling around the world en masse for the first leg of the tour in a specially commissioned and converted Astraeus Boeing 757 decorated with MAIDEN and Eddie designs! Vocalist Bruce Dickinson, who is a qualified airline captain flying for Astraeus Airlines, will pilot the plane on its epic mission, flying over 50,000 miles.
No hay comentarios.: